John came in to see me last week. He is 68 years old now and retired, and I’ve not seen him for around 8 years – since the diagnosis was made – he usually sees our practice nurse with a COPD interest or presents as an emergency. He came in to ask for just another week of steroids and antibiotics as his symptoms aren’t quite settled. He tells me he sees his specialist team at the local hospital, and at the annual review at the practice; he is always encouraged to treat his exacerbations early, as his two admissions a few years ago were to be avoided if possible. I scan his medical records and note that he is still smoking, is on “triple therapy” – has had 10 courses of prednisolone 30mg for 7 days and 12 courses of antibiotics over the last year. I ask him when he commences treatment for an exacerbation and he informs me he can usually tell when he wakes up if an exacerbation is on the way and initiates his self-treatment at that point with his steroids and antibiotics. He stops the course if he feels better by lunch time – but if not he will finish the course. He tells me he often has to come in like today to get further antibiotics or steroids if his symptoms haven’t settled…..

So (I’m not going to tell you what I did … but I would like you to think about how you would manage this)…. I went off to look at the literature and guidelines.
It is always worth remembering that in the major worldwide respiratory trials the average exacerbation rate (for those being monitored in specialist care) is 0.79 – 0.85.1,2 So my first thought would be why is John having so many exacerbations (or are these not exacerbations)? In much of the literature exacerbations of COPD have been defined by the treatment required:
• Mild - being an increase in use of their short acting beta agonist.
• Moderate - requiring steroids or antibiotics or both.
• Severe - requiring steroids, antibiotics or both and hospital admission.
We do however know from clinical experience that many patients can be over-treated for psycho-social reasons. We also know that those who are admitted to hospital have a considerable mortality (around 11% in a large European study died within 90 days of admission – 46% of these whilst an inpatient)3 -  hence we do need to manage exacerbations carefully. The COPD audit in England and Wales in 2014 found the inpatient mortality was 4.3% and of those discharged a further 8% died within 90 days.4

Is John right to start his treatment so early after he wakes up with symptoms?
The literature appears to tell us that the majority of increased symptoms do not result in exacerbations. Indeed, within the first 24 hours of symptoms 55% settled spontaneously without the need for further treatment. Of those that do progress, 56% were considered acute (worsening over 1-2 days) and 44% gradual onset (worsening over 4 days) before symptoms reached the accepted severity for treatment.5
What I didn’t find in the literature was the diagnosed causes of breathlessness or cough in those with COPD either making decisions for self-treatment or seeing a clinician – the assumption being that in general if the problem is atrial fibrillation, cardiac failure, pneumonia, pneumothorax or other cause that this is different to an exacerbation. There has been research in specialist care for those seen in hospital implicating pulmonary embolus (3.3%) as an important differential even when treated as an exacerbation.6 At a practicing clinical level – it would certainly be sensible to consider face to face review if there is any doubt about symptomatology and the cause rather than try to manage over the phone. Certainly people with recurrent exacerbations with COPD should be considered for medication optimisation, exclusion of bronchiectasis or other conditions.
And do we let our patients know after successful treatment how long an exacerbation of COPD will take to resolve? Well a follow up of more 10 patients (managed a hospital outpatient environment) for nearly 3 years suggests that symptoms will settle with a median recovery time of 7 days (interquartile range  4-14 days). Overall, at 35 days 86% of patients had recovered symptomatically – so it would not be unexpected for quite a few of our patient to still have symptoms.7
The causes of an exacerbation have been estimated – suggesting that exacerbations are due to infection (bacterial, atypical organisms, or viruses) in 50-70% and around 10% due to environmental pollution, whilst up to 30% are of unknown aetiology. The majority hence will be triggered by infection – with studies suggesting 30%-50% of these are bacterial.8 This perhaps challenges the current belief that people with an exacerbation should automatically have an antibiotic for a flare up. Indeed, with this data, less than half of exacerbations have a bacterial component.
Now we come to the treatments.

Over recent years GOLD9 and NICE10 have been suggesting shorter courses of oral steroids – GOLD recommending a 5 day course based primarily on a trial involving 40mg for 5 days11 and NICE recommending 30mg for 5 days. These guidelines are supported by the Cochrane review12 which suggested that there was no difference in relapse rate, adverse events, length of hospital stay, lung function on shorter treatment – and a more recent Danish study of 67.000 found that longer courses of oral steroids resulted in an increased risk of pneumonia hospitalisation and all cause mortality when compared to shorter courses13 – though this study was observational and clinicians may well have been considering that longer courses were required with those with more severe exacerbations.
The benefits of steroids in COPD when looking at the Cochrane review14 might be interesting to many. The review of all randomised trials (16 trials) suggests (with the vast majority of the trials being undertaken in specialist care – usually in hospital) that a course of steroid compared to placebo:

So – we should still be considering steroids for exacerbations – but their impact might not be quite as dramatic in the trials as many of us imagined.
And what about antibiotics…
GOLD9 suggests a 5-7 day course and NICE15 have recently produced specific guidelines regarding antibiotics and exacerbation in COPD. They suggest considering:
NICE also suggest that some people at risk of exacerbations may have antibiotics to keep at home as part of their exacerbation action plan. Again NICE suggest a five day course (first line being amoxicillin, doxycycline or clarithromycin).
A recent Cochrane review16 included 19 trials with 2663 participants (11 with outpatients, seven with inpatients, and one with ICU patients) and suggested that in those managed outside hospital
Of people who were inpatients

The only trial of 93 patients admitted to intensive care showed

So what have I learnt….

I need to have a discussion with John – and share some of my learnings with him (and potentially others involved in his care).
However a person admitted to hospital has a significant mortality as does the next three months. Assuming a patient is improving – there does not appear to be evidence for a second or third course of steroids or antibiotics – and if the patient is not improving I would want to review face to face. The average patient in specialist care entered into large trials exacerbates on average less than once a year – hence more than two should alert us to other reasons for this – and an exploration of risk factors – potentially specialist review for consideration of longer term antibiotics. Similar with this frequency – I would hope that we review the patient face to face after every exacerbation.
The duration of a course of antibiotics and steroids is now from all guideline sources recommended to be 5 days – and no benefit from longer courses. Though some of the Cochrane review perhaps raises some surprises – Cochrane, GOLD and the recent NICE guidelines all continue to suggest the benefits of steroids and antibiotics for exacerbations.
References

Dr Steve Holmes has received an honorarium from GSK for developing this article/content. 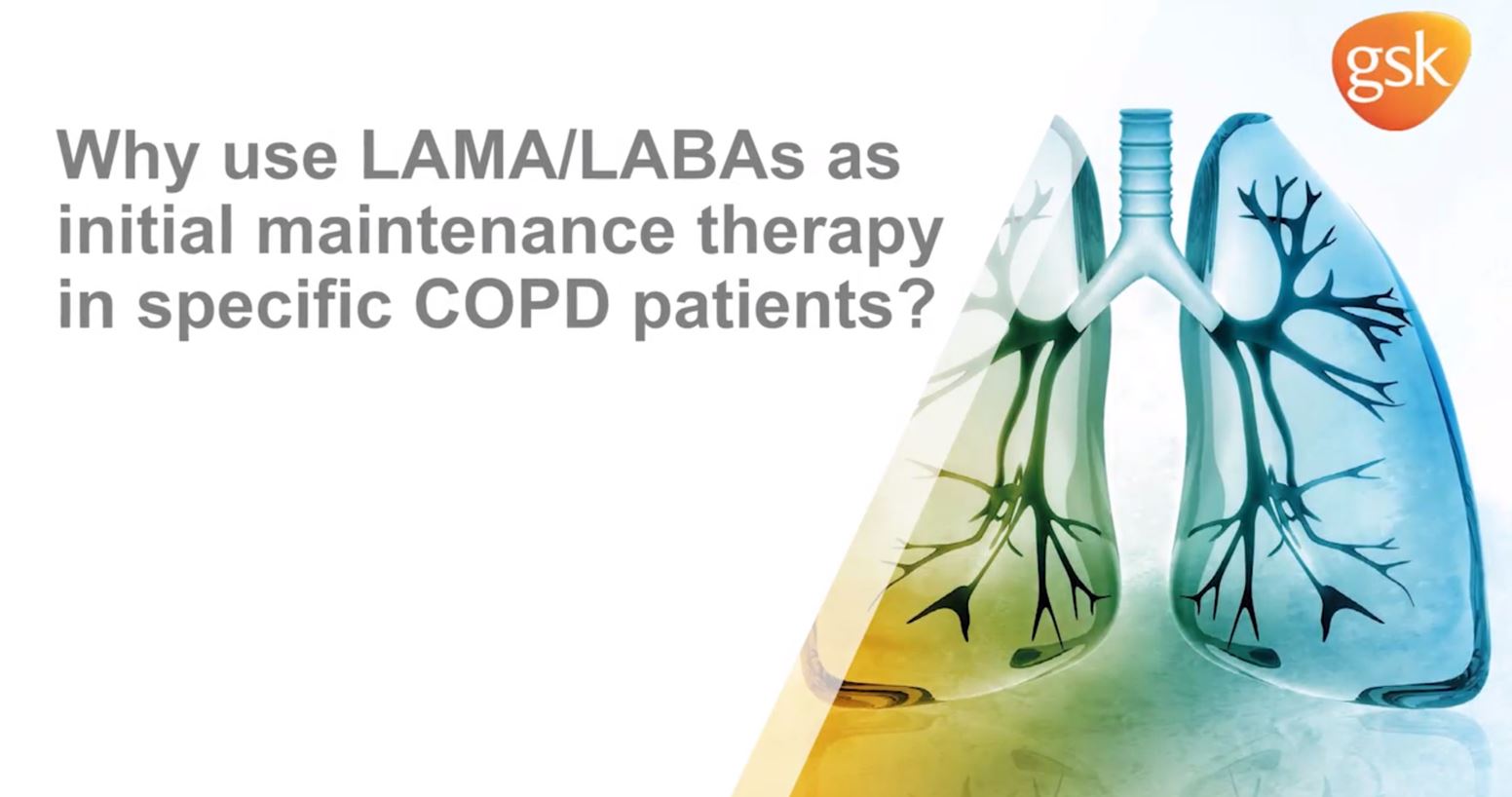 Why use LAMA/LABAs as initial maintenance therapy in specific COPD patients without asthmatic features? 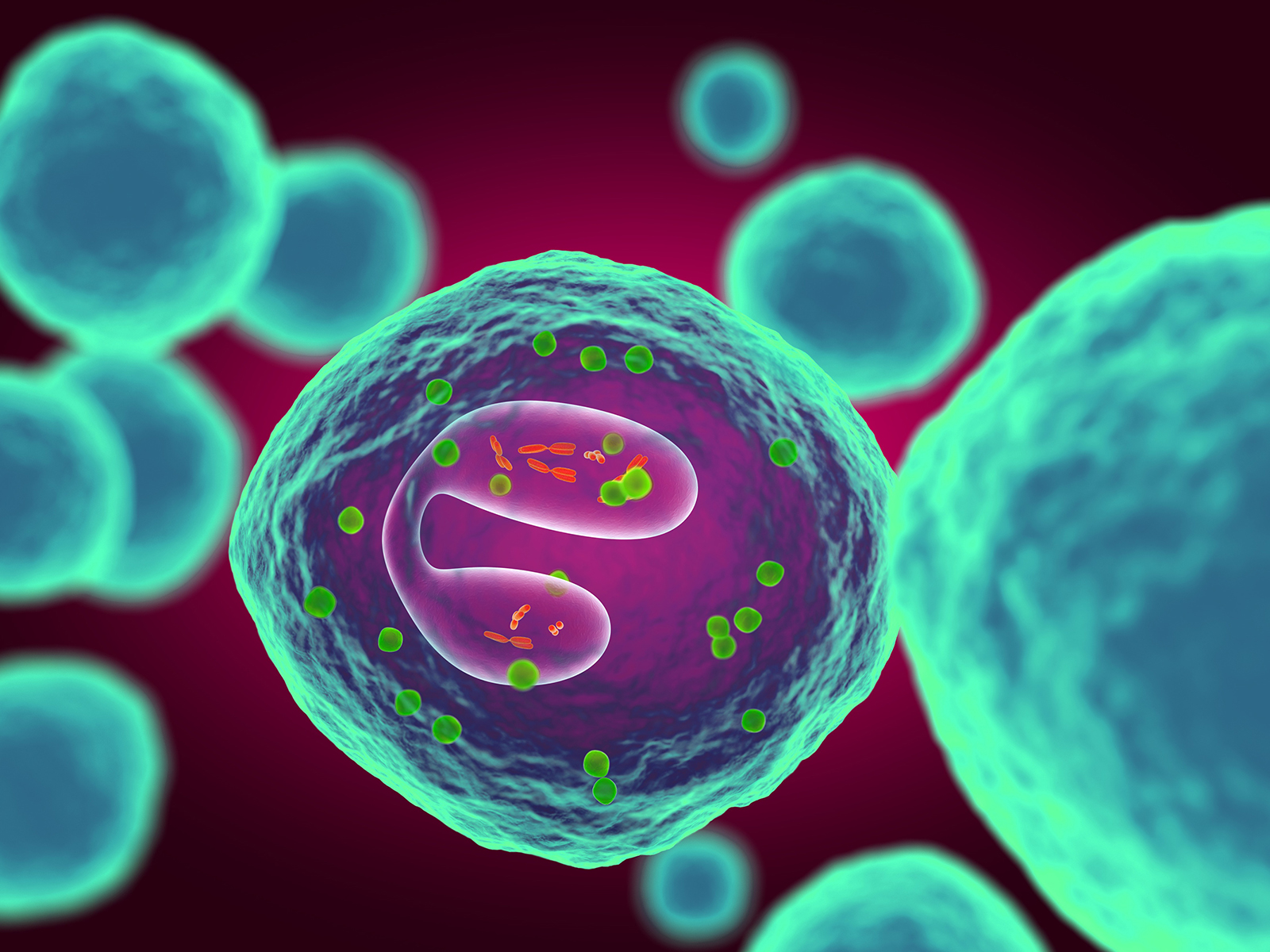